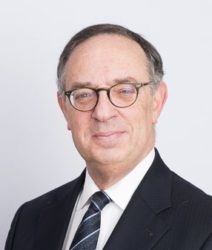 Practised as a barrister for almost 35 years (1976 to 2010), specialising in commercial litigation and international arbitration – eg insurance (including Bermuda Form), reinsurance, joint ventures, banking, commodities and shipping. In 1991, appointed Queen’s Counsel. During his practice at the English Bar, he acted as Counsel in over 100 reported cases (including in the Commercial Court, the Court of Appeal, the House of Lords and the Privy Council) and over 200 international arbitrations.  In 2011, he was appointed a High Court Judge.  During his time as a High Court Judge, he sat mainly in the Commercial Court in London where he presided over a number of high-profile trials.

Resigned from the Bench in April 2015 and now acts primarily as an international arbitrator. Acted as arbitrator in over 275 arbitrations.