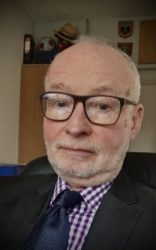 Over 40 years employment with (re)insurance carriers, both in London (Lloyd’s and companies) and Bermuda (captive and unrelated), covering property, casualty, marine and other specialty lines. Over 30 years in senior positions in underwriting, claims and management, both live and run-off. Now engaged in managing IntAP, an association of reinsurers affected by asbestos, pollution and other latent claims and through Newhart Associates, providing general (re)insurance consultancy, including all elements of dispute resolution. Has over 25 years experience as an arbitrator, with over 80 appointments, including three as umpire/chairman and/or third arbitrator,  across six jurisdictions including continental Europe and both north and south America. Appointed as an expert on underwriting, claims and general (re)insurance management on over 20 occasions and has also been appointed Scheme Adjudicator in two Schemes of Arrangement.