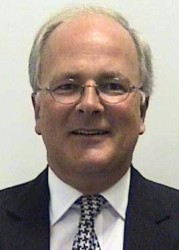 Over 30 years of litigation/arbitration of insurance/reinsurance and related disputes. Appearing on behalf of parties in arbitrations when in private practice at the Bar. Drafting insurance and reinsurance contracts and underwriting agency agreements. As Counsel to Lloyd’s, principal legal adviser to Lloyd’s on technical legal matters relating to Lloyd’s and the Lloyd’s market, including insurance, reinsurance, insurance intermediaries, banking, trusts, insolvency and FSA and overseas regulatory matters. Chairing conferences on insurance law. Lecturing at British Insurance Law Association, firms of solicitors and universities on aspects of insurance law and practice. Author of Lloyd’s: Law and Practice, Routledge 2013, and Joint Editor of Research Handbook on International Insurance Law and Regulation, Edward Elgar 2011. Contributor to Clarke, The Law of Insurance Contracts, and other publications.