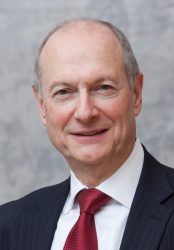 Over 35 years’ experience as counsel or solicitor advising on and resolving insurance and reinsurance disputes (with most cases being subject to arbitration) dealing with, inter alia, issues of contract interpretation (particularly aggregation and allocation of loss); materiality of underwriting information; environmental and other long tail liability; insurer insolvency; and financial services regulation.  Several appointments to domestic and international arbitral panels hearing reinsurance disputes.