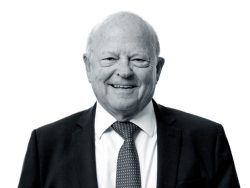 Peter Rogan is an independent arbitrator and neutral, specialising in insurance and reinsurance, and has been instructed in many of the world’s largest and most complex commercial disputes.With more than 40 years of experience, Peter is regularly appointed as presiding, party-nominated, sole, emergency arbitrator, or mediator. Peter, who has been arbitrating/mediating since 2013, was senior partner at a leading international law firm, Ince & Co. Clients report that Peter Rogan is “excellent, picking up on the nuances of an issue quickly and astutely” and he has been recognised in Chambers & Partners and the Legal 500 consistently as one of the London market’s leading specialists. Peter’s rare combination of analysis and judgment with a light, personable style has given him the reputation as a successful and go to arbitrator/mediator.