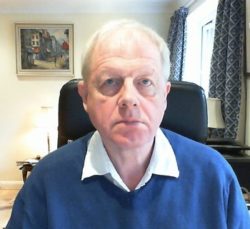 A member of a number of currently active arbitration tribunals. Several tribunal appointments over the past 17 years.  A practicing reinsurance professional with 39 years experience in reinsurance and insurance both in the London and the International Markets. I have held Chief Executive Officer and Legal Representative positions in Aviva subsidiaries and am a Chartered Insurer (FCII) and a CEDR Registered Mediator. I retired as a Member of the CIArb in 2019. Between 2001 and 2005 I ran my own consultancy company specialising in arbitration, mediation and reinsurance run off.

Prior to that I was a reinsurance manager and marine claims manager at Commercial Union and its successors (all now part of Aviva) and before that held similar roles in a Lloyds syndicate and in London Market Marine companies.

Experienced in arbitration, mediation, and litigation both as a panel member and as a party to the dispute in the UK and overseas.