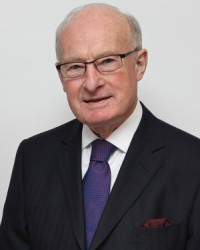 Grounding in direct property and casualty insurance. Then concentrated, at successive levels of complexity and seniority, on reinsurance underwriting and underwriting management/general management. Expertise in underwriting proportional and excess of loss treaty business, both property and casualty, and facultative reinsurance. Extensive experience in giving technical lectures to the CII and other bodies. Now concentrates exclusively on arbitration work and has experience of acting as umpire and tribunal chairman.